The first day in Osaka I went to the National Museum of Art, Osaka to catch an Andreas Gursky exhibition, a German photographer known for his hyper-realistic photographs. His work is usually large scale, capturing large areas and scenes with minute detail. It was a rare opportunity to see such a huge amount (51 photographs from 1980 to 2012!) of one artist’s career, and particuarily exciting since Gursky himself was part of the selection process. 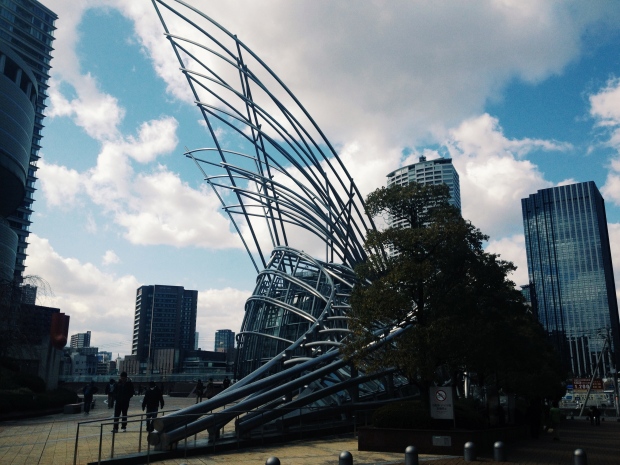 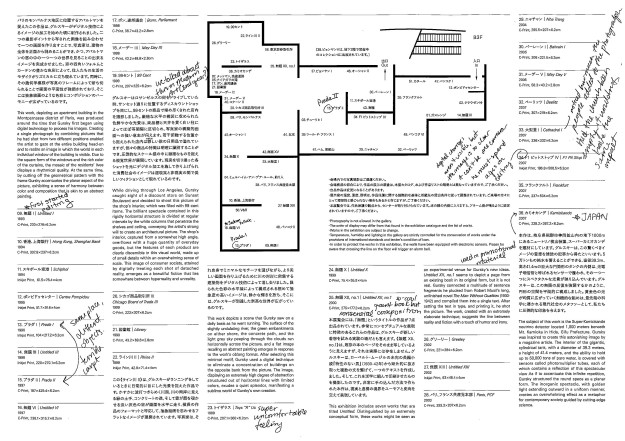 Throughout the exhibition, there are a few ideas from Gursky’s work that seem to stick out: consumerism, crowded and empty spaces, reality; and visual characteristics like saturated colours, minute details, as well as unique composition.

Gurksy focuses a lot on “modern” life, creating images of large housing complexes, office buildings, and many images of various stock exchanges around the world. One of his earlier images Tokyo, Stock Exchange, 1990, captures a frenzied environment. I liked looking at all the different people in the scene- some moving so fast they are complete blurs of white, others still and quiet. It’s a photograph that makes you think about photography as a mechanism- and how this environment is transformed into a still image. 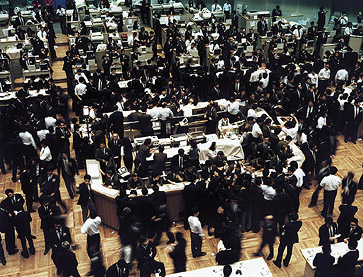 With the development of digital processing, Gursky began creating images that used a wider field of view and with minute detail. Hong Kong, Shanghai Bank, 1994 shows an office building from a high angle, giving a glimpse into the actions of those inside while still keeping them separated. 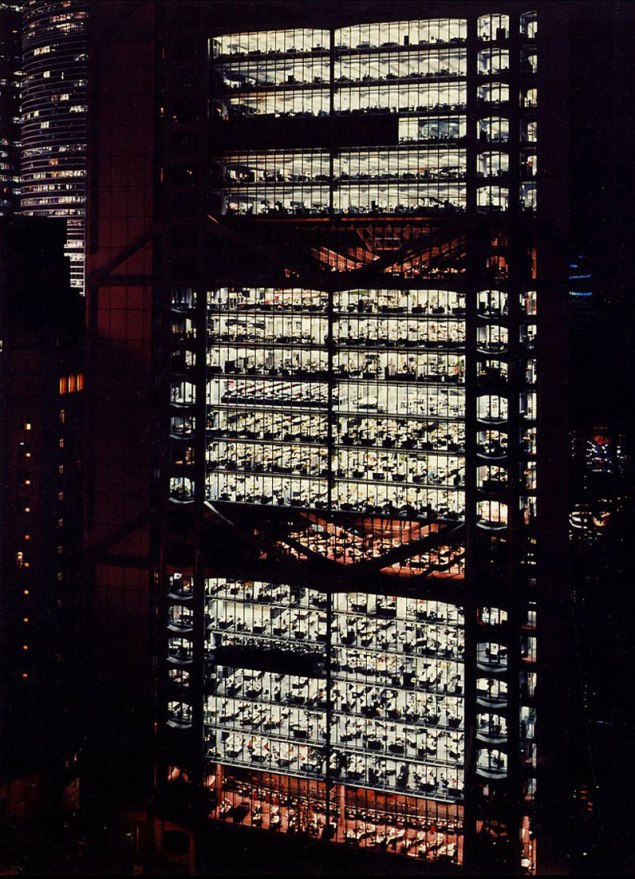 What I find interesting about Gurksy’s work is the composition of his images. It seems he uses photography to create images- not photography to capture an image that exists. In this sense he acknowledges that there really is no reality in the visual world- only what we see and perceive.

In Frankfurt, 2007, the scene is one that we can accept as real- technically everything looks correct, yet the glossiness of the surfaces and the stillness of the environment makes this look entirely false. It’s almost too perfect.

One of my most fascinating photographs was the photograph taken of Jackson Pollock’s Autumn Rhythm, 1950. This was a) the only image of another artist’s work and b) the only image of grainy quality- practically pixelated. My mind just churned trying to process the image of a painting I have seen in person in a grainy photograph surrounded by the hyper-realistic images. 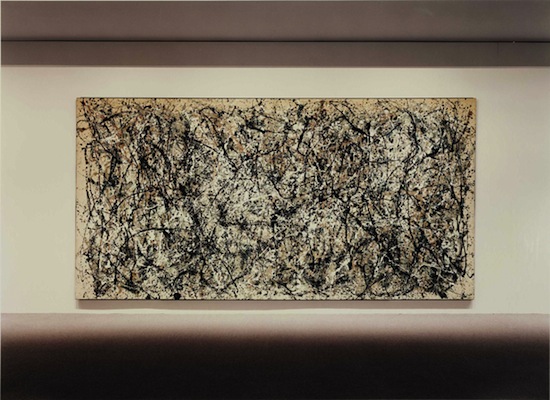 Then, some of his works are truly visually stunning leaving me in awe, like this image of a massive water tank in Gifu Prefecture. 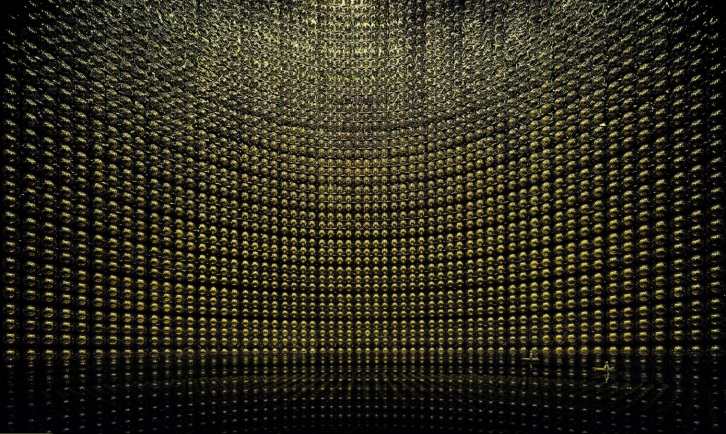 When I was leaving there were books on sale with images of every photograph featured in the exhibition. Flipping through, I noticed that while the photographs were beautiful on paper, there was something very important about seeing them in person. Their full size lets you see tiny details, and their large size swallows you up letting you get lost on the photograph.

The exhibition ends on May 11. National Museum of Art, Osaka: website