Welcome to the second installment of a the year in review, you can see the first here.

Today marks two years that I’ve been in Japan. It’s hard to wrap my head around it. In some ways it feels like I just got here and in others it seems like a lifetime. I think back to my first night in Japan, lying awake in the hotel room and wondering what I was doing. I couldn’t have known what was in store for me and that one day Toyama’s mountain range would become a familiar and comforting sight.

Going home to Canada was a little surreal and also wonderful. We traveled all the way up to Montreal and back, I got to go to New York, and most importantly my aunt was able to visit Canada for the first time. It was an interesting experience to see my home through a new lens after being away for a year. 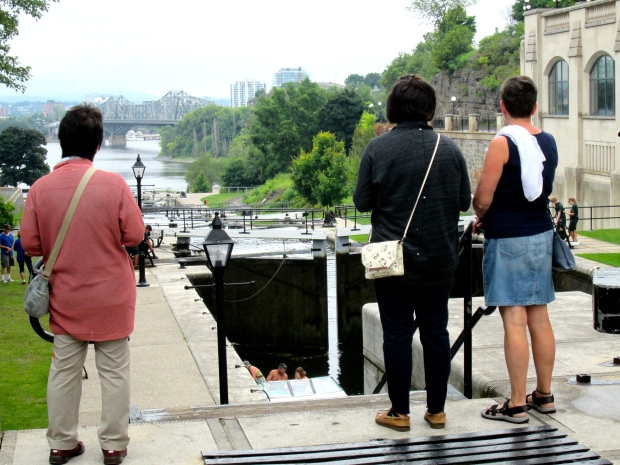 September (and most of October actually) revolved totally around school. There were two big events, the speech contest and the debate tournament. Weekdays were spent staying late at school coaching students through arguments, pronunciation, and gestures. A year later I can probably still recite most of Maya Angelou’s “Still I rise”. Weekends were full of committee meetings and fortunately a million school festivals which only happen once every three years. 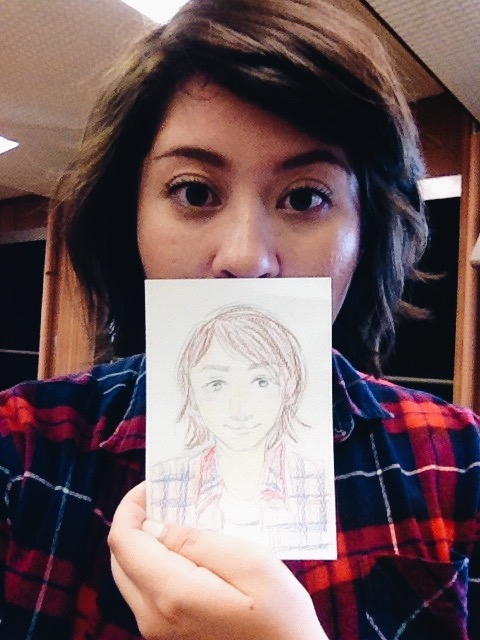 In October I used the long weekend to go to Maibara and saw their Kabuki festival, one of the coolest things I’ve ever seen. Not only was I immensely impressed that kids under the age of 12 were able to wake up at 4 and perform traditional theatre all day, the community and spirit were really nice to be a part of. 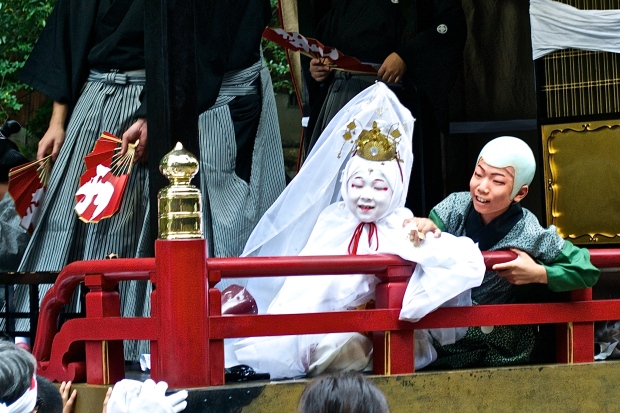 In November I went to Osaka and had an awesome long weekend. It was crazy busy in the area because everyone was going to see the fall leaves. I missed out on that, but I did go to see Big Bang and had the time of my life… we were seated right next to one of the stage’s walkways that come down into the audience. We got noticed by two of the members and even caught a towel (but gave it away to the two girls in front of us).

I escaped the cold of Japan’s winter to go to Bali for about a week. I climbed a mountain and went scuba-diving – two things I wasn’t sure I could do but that I ended up loving. I loved the trip and had some wonderful experiences, made even sweeter that when I got back to Toyama I felt like I was coming home. 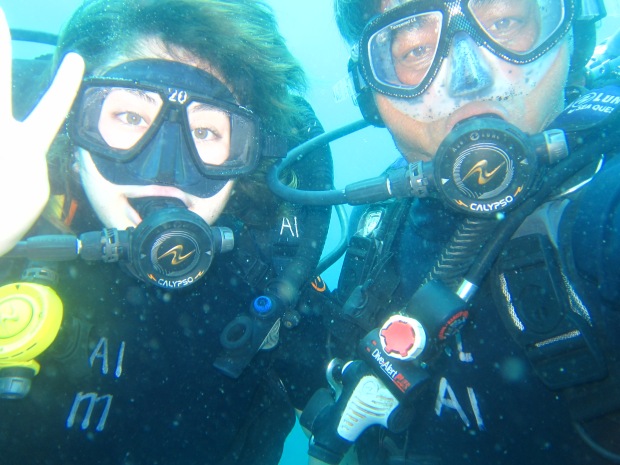 I started going snowboarding semi-regularly and thanks to a friend who pushed me (not literally) my abilities and confidence really grew. I stopped being scared of the hill and learned to love powder. I’m lucky that Toyama has some great ski hills relatively close to where I live, and even luckier to have nice people to go with. 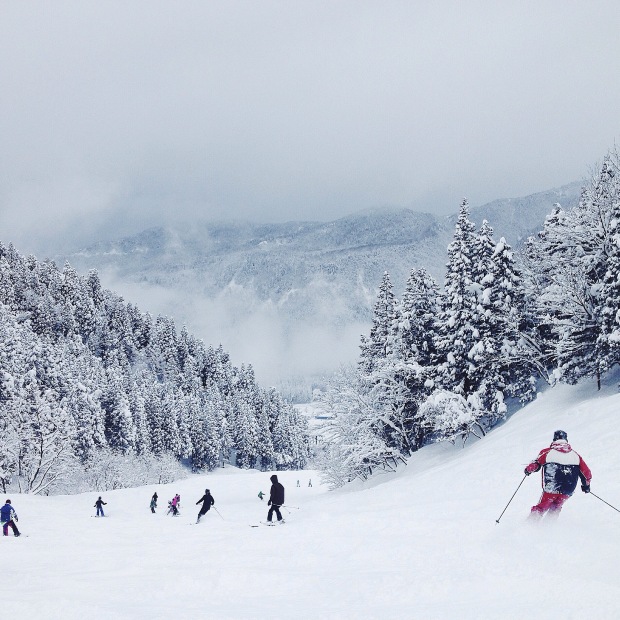 February: … a blur and Ramen

February is always a month that I never remember. The fall is feels so structured, anchored by the season and the same annual events. Then January comes and the winter / spring feels like a blur. But the highlight of February for me was the ramen festival again. It makes me feel like I’m part of the community here while also eating amazing ramen… I can’t think of anything better. 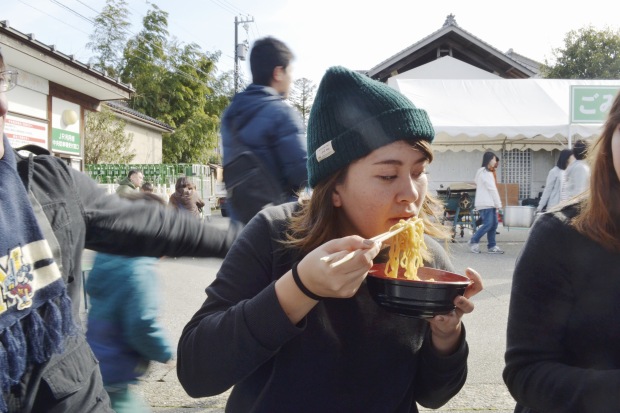 I’m nowhere near to being a Train Otaku, but the arrival of the Shinkansen felt like a really big deal. It was exciting to see the construction that had been taking place almost since I arrived to result in this big, beautiful, fancy station. One day I will take it to Tokyo… 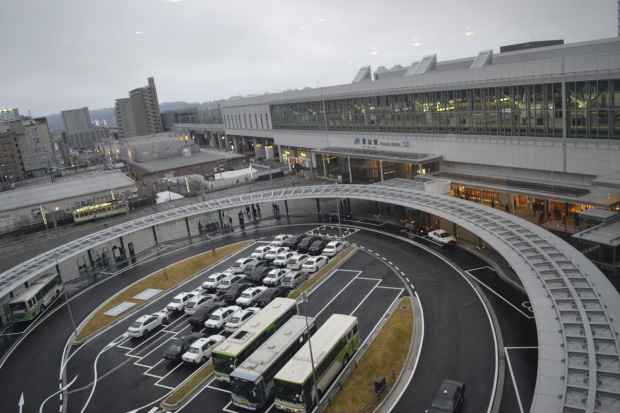 I went to Nagoya to meet the cool people of Asian Pacific Islander AJET and hang out a little. Trips to Nagoya are always so chill and relaxing. I love the bus ride and its view and the laid back atmosphere of the city. I caught the tail end of the cherry blossoms, which are always pretty but are extra special with a castle added in.

I went to Tokyo for Golden Week, we were lucky to have 5 days this year. I had great Korean food, slept in the park, and went to Disney Sea (which is maybe better than Disney Land :O). 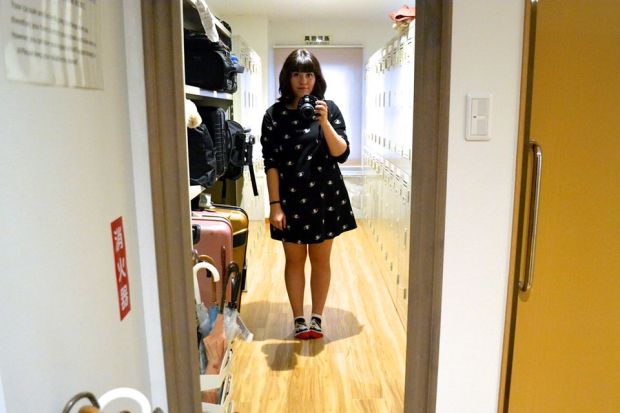 Technically this isn’t a photo – but there are plenty of photos inside! In June I spent a lot of time working on my first project in layout / creative design. It took a lot of time and learning but I’m really happy with the end result especially since it’s created by people in Toyama.

In July I bought and learned how to put on a Yukata for the first time (I wore it on August 1st, but that’s a technicality…). It was really nice of my teachers to take the time to show me how to do it and let me practice. I’m happy to say I can do it by myself now! I love summer festivals in Japan, they’re so laid back and have great food, but seeing everyone dressed up always makes it feel like a special occasion.