At the risk of being repetitive, I still have to say – time has flown. My third year in Japan felt not like another year on an overseas adventure but like another year of life – though still in a beautiful, exciting place. Over time my comfort zone has gotten bigger and bigger – and in the past year I pushed it even more to try new things both in Toyama and beyond. And now in September back in Canada, I have so much to reflect on. 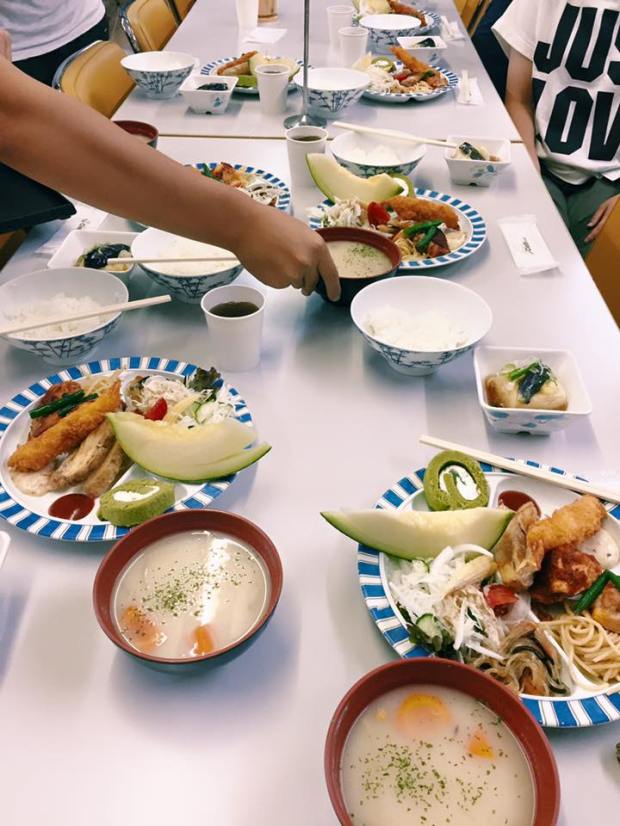 In the summer, many schools have an English summer camp. Students and their teachers go far away into the mountains to these little buildings (I think they are usually used for company bonding retreats?) and have full days of English lessons and activities. I’ve been to over a dozen in my time in Japan and they never fail to be hilarious, fun, and a great chance to get to know students on another level. Not to mention… so. much. food. 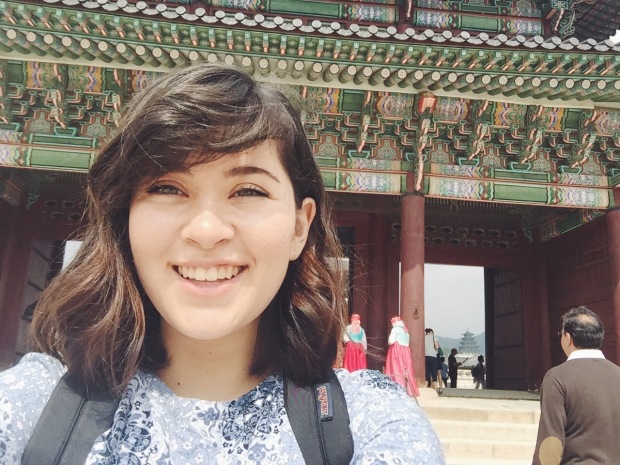 By good fortune, the elusive 5-day Silver Week holiday fell during my time in Japan. My friends and I took a trip to Seoul where we spent a few days eating, walking, eating, going to museums, and eating.

October – No Face in Toyama 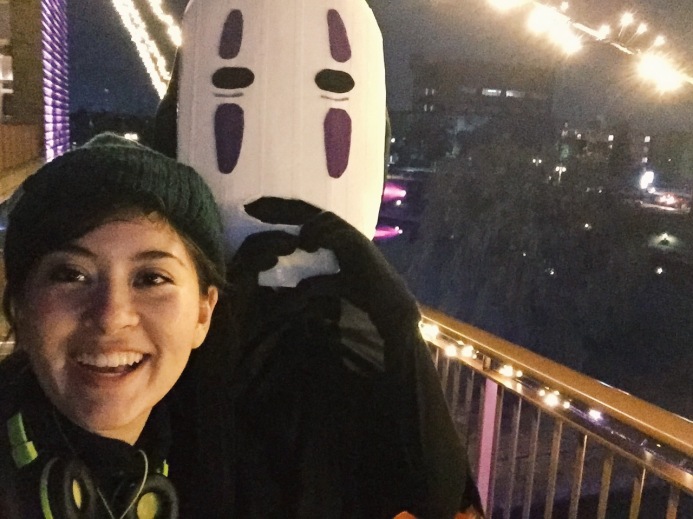 October came and gave me one of the best experiences I’ve ever had. The previous year I had made a No Face costume to wear to some events. This year, I couldn’t let it go to waste and so my friends and I dressed up and took him on a little trip in Toyama city. It was hilarious to see the reactions to his appearance and it felt great to be a little bit of excitement in peoples’ day. You can watch the video we made here. 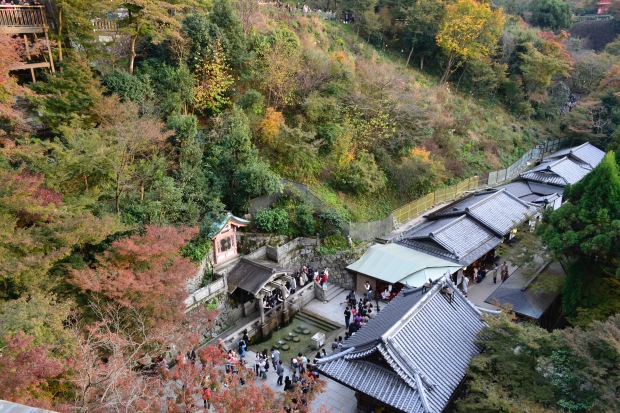 In November I went to Kyoto for the long weekend and saw the fall leaves at Kiyomizudera. I had such a wonderful weekend with friends and loved seeing one of my favourite places in colour. A word to the wise, if you want to see the leaves in Kyoto during that weekend make your bookings months in advance… it gets busy! 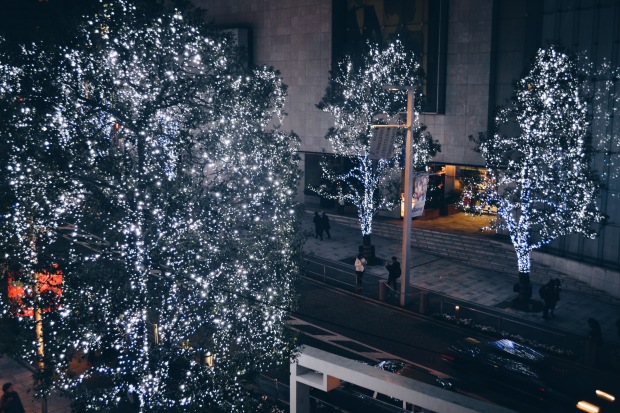 In December I went down to Tokyo for Christmas! It was magical going to Disney and seeing the illuminations around Roppongi. Mostly it was special spending time with friends in a city with never-ending adventure.

Toyama was COVERED in snow for part of last winter, so much so that the trains were delayed (that’s how you know it’s serious). There were a few weekend days where I didn’t even dare go outside due to wind and snow. The upside was seeing Toyama in this beautiful white blanket and doing some fun things like ice skating! 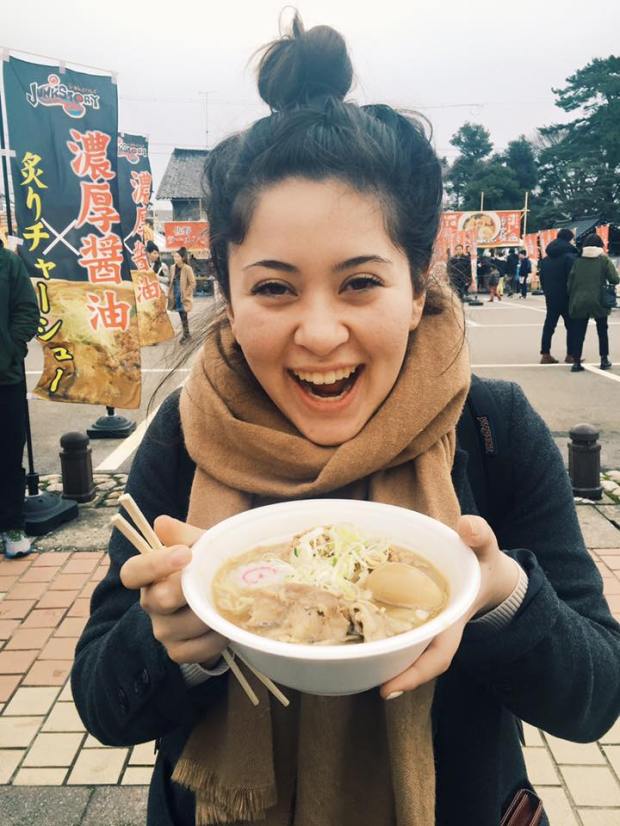 February was the return of the Nyuzen Ramen Festival, an event I can honestly say I waited a full year for in anticipation. I chowed down on some delicious ramen and remembered to bring a bottle of water, because oh man, water sells out fast at this event. 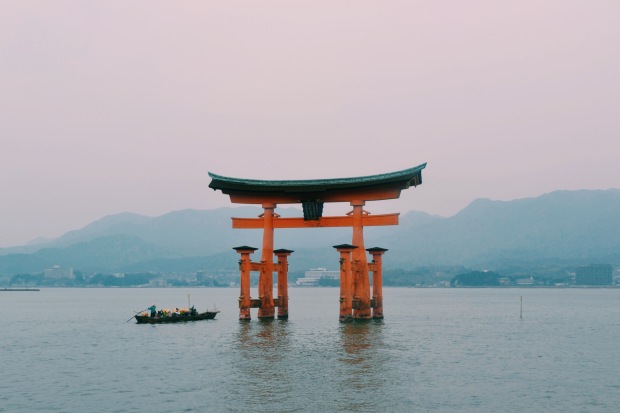 In March I took a solo trip to Hiroshima, stopping in Kobe, Okayama, Naoshima, and Okunoshima along the way. Going by local train was absolutely the slowest way of travelling but it was a wonderful experience that tested my own travel skills and helped me learn new things. 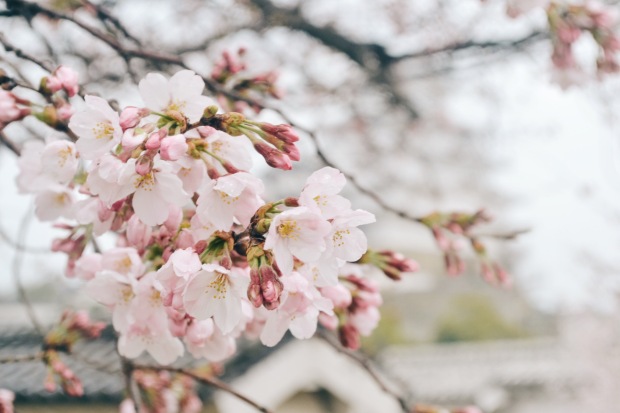 Cherry blossoms are one of the most characteristic images of Japan, and a tourist magnet… for good reason. Despite my skepticism of anything with so much hype surrounding it, cherry blossoms are just as magical as their reputation would lead you to believe. I spent the beginning of April seeing as many as I could, whether that be in the beautiful daylight of Takaoka park or on a cold evening huddled under the trees. 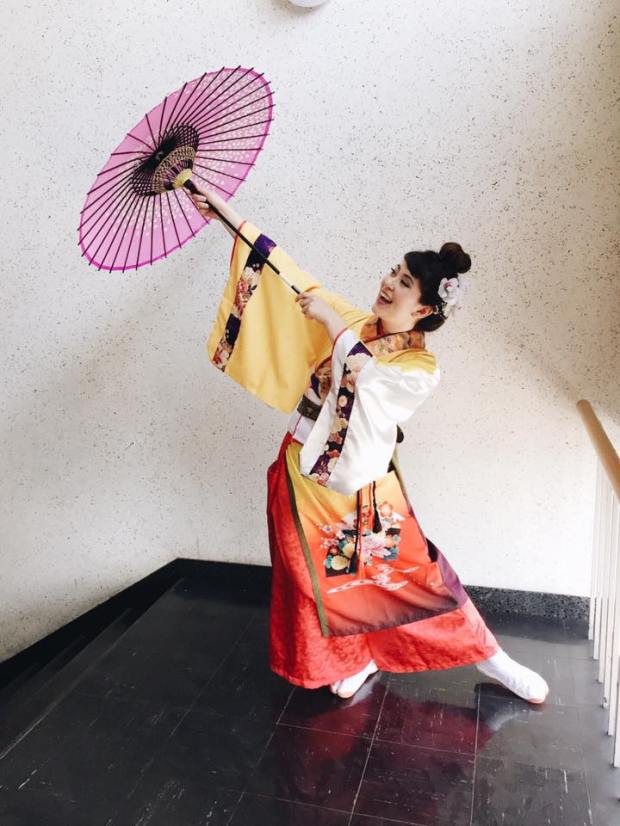 I joined a Yosakoi team in October, and every week, two nights a week, went to practice. After months of practice, May was when I first performed with my team and fell completely in love with Yosakoi. 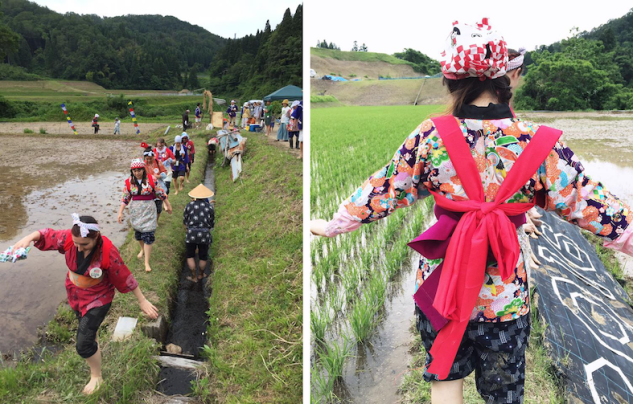 June was the second annual International Rice Planting competition, the most fun I have ever had standing in mud. We joined teams and planted a field of rice the old school way (they have machines for that stuff now!) and were judged for accuracy, speed, and overall positivity.

July – Toyama and beyond 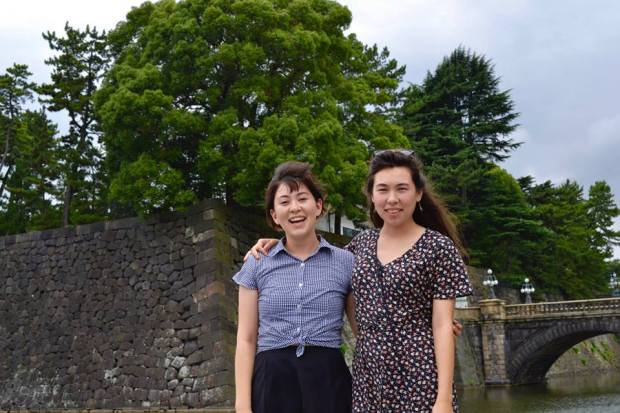 July (and June too, really) was the month of sad goodbyes, but more on that later. In July my sister came to Japan and we spent a few weeks in Toyama before embarking on a final hurrah around the country.